LGBTQ author Kate Bornstein to perform at CCSU on May 10 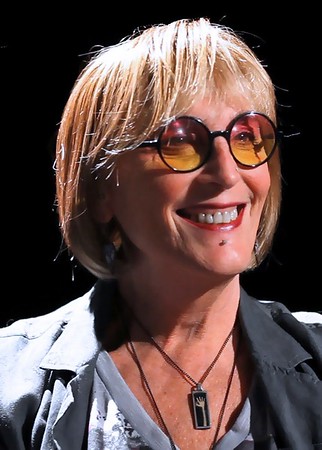 Special to The Herald

NEW BRITAIN - Author, playwright, performance artist, actress, and gender theorist Kate Bornstein will be performing her autobiographical show, “On Men, Women and the Rest of Us,” at Central Connecticut State University on Friday, May 10, at 7 p.m.

Bornstein’s production explores “a world of limitless possibility through re-envisioning gender as we know it,” seeing gender as “both a conscious practice and a playful journey,” according to Bornstein.

“I don’t call myself a woman, and I know I’m not a man,” says Bornstein.

Bornstein’s production comes to CCSU in the wake of the discovery of brochures that promote conversion therapy in a LGBTQ classroom at CCSU.

“At a time when transgender rights are frequently under attack and the value of trans lives questioned, Kate Bornstein offers much needed insight, delivered with her signature heart, soul, and humor,” said William Mann, director of CCSU’s LGBT Center who is also one of the event’s sponsors.

Bornstein has been writing and performing since the 1980’s. She made her Broadway debut last year in Young Jean Lee’s, “Straight White Men,” directed by Anna D. Shapiro.

Bornstein said the play drove home how all identities - straight, gay, male, female, transgender, cisgender - are becoming more fluid, causing some people to reassess who they are.

Bornstein is the author of several books, including the classic “Gender Outlaw,” used in many college courses. She also wrote “Hello Cruel World,” written to keep “teens, freaks, and other outlaws” from committing suicide.

The performance will be held at the CCSU Student Center.

“On Men, Women and the Rest of Us” is free to CCSU students. Tickets for CCSU faculty, staff, and the general public are $10 and can be purchased at the door or through CenTix. Proceeds go to the LGBT Center at CCSU.